When Building Performance Equipment, Inc. decided to design a high-performance Energy Recovery Ventilator, they went with a fixed plate, counter-flow heat exchanger instead of an enthalpy wheel design for many reasons. Turning out a system that runs clean thanks to practically no contamination between airstreams was one. Then there was the ability to offer customers extremely minor maintenance care. A system with no moving parts certainly helps with that, but a core with little to no fouling makes a huge difference as well. 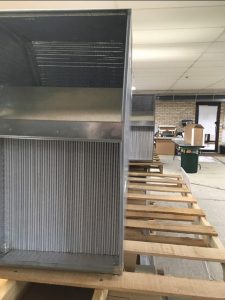 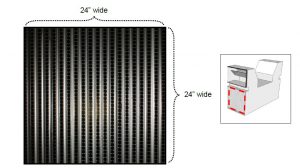 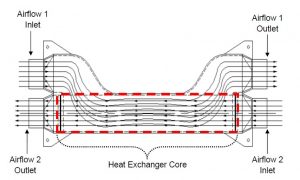 Some folks might suspect that a lengthy core as opposed to a wheel design would add to maintenance issues, but that’s not the case with BPE ERVs. The image below shows an enthalpy wheel (gray) with its tiny holes and sandpaper-like, rough material. Behind it, a low surface tension BPE core (white) made up of super smooth tubules.

The patented design allows for:

Keeping your BPE ERV unit in tip-top shape is a cinch:

For typical school or office environments, changing filters is the only needed maintenance, and BPE recommends checking the filters annually. If longer intervals are desired, insect screen along with HEPA Vacuum can be used every 5 years or so depending on the amount of lint and material in the air. Be sure to close each section and duct work when complete.

For non-traditional applications such as dust collectors, metal shops, or greasy (oil, fuels, cooking) environments, BPE recommends cleaning the unit as often as necessary, primarily when performance (flow and/or effectiveness) has been altered by 10%. In these cases, the best way to clean the core is as follows:

When cleaning the BPE heat exchanger core, the only things that are required are a water supply and a power washer or a HEPA vacuum. 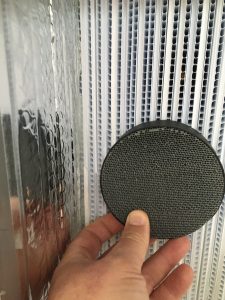 Like the idea of an HVAC system with low maintenance and high efficiency? Contact the ventilation experts at BPE!