It’s Up to You, New York — NYC introduces extreme measures to fight emissions

It’s no secret that New York City is an international epicenter known for making huge deals and marching to its own drum. However, the big deal that went down on April 22nd, 2019 is in a category all its own. The city has given sustainability hero California a run for its money through the Climate Mobilization Act, which rolls out emissions reduction goals that surpass The Golden State’s efforts. Also known as the Green New Deal, the 10-bill initiative aims to meet goals set by the Paris Climate Agreement and seeks to remove the equivalent of one million cars from the road by 2030. The Green New Deal is not simply impressive—it’s the largest carbon reduction effort begun by any city worldwide. 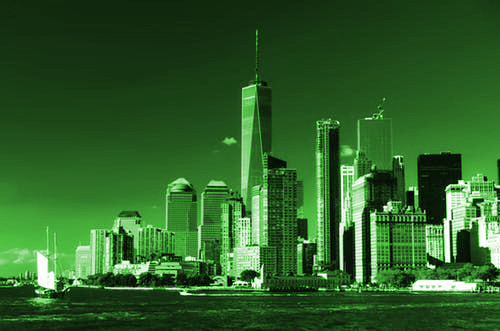 Naturally, this endeavor pleases us at Haglid EngineeringTM, but the resulting initiative that has us grinning most is the so-called “Dirty Building Bill.” And why not? The city’s building stock produces almost 70 percent of its greenhouse gas emissions. The Bill will charge about 50,000 city buildings (those over 25,000 square feet) with cutting emissions by 40 percent as of 2030 and 80 percent by 2050 via energy efficient retrofits. It’s the first bill in the world to mandate such requirements from existing structures. And if they don’t comply? Consequences will vary, but owners of the largest affected buildings might suffer fines up to $1 million per year.

The bill is a disruptor to New York City’s real estate industry, for certain, but many supporters are content to see it that way. In typical NYC fashion, the message is ‘go big or go home’ because asking the bare minimum from building owners on curbing emissions isn’t going to course-correct the effects of climate change. So, New York is set to lead by example with giant steps, convinced that baby steps will only keep us all in the path of more natural disasters like Hurricane Sandy. The city also has a lot to lose by ultimately flooding over rising sea levels mere decades from now, if we don’t reverse course.

How will NYC’s commercial building owners collectively afford the $4 billion in upgrades? They can  look into energy-efficient financing such as negotiated payments through energy service performance contracts (ESPCs) with third parties. PACE Property Assessed Clean Energy is another option we’re fond of suggesting. This initiative can offset or even finance 100% of an energy-related improvement project.

What does NYC reap by disrupting its building stock? In addition to aiding the planet and remaining inhabitable in the future, people will enjoy healthier environments, and the city will gain over 67,000 new jobs.

HVAC upgrades are critical for greening up buildings—the higher the performance, the better! In fact, superior HVAC design solutions are among the key components for turning buildings into Net Zero renewable energy structures where emissions are balanced through carbon offsetting. Retrofitting to Net Zero isn’t about Herculean efforts either! At Haglid Engineering, we ought to know: Among our Net Zero projects, we’ve retrofitted an industrial complex (over 600,000 sq.ft.) and won an EBie award as a result. One of the components we used was a 20,000-cfm BPE energy recovery ventilator (ERV) designed by Building Performance Equipment (BPE, LLC), which became a Sustainable Industries Top 10 Green Building Product.

New York City is going to need a lot of help retrofitting its building stock to meet the impressive demands of the Climate Mobilization Act. Haglid Engineering stands ready to assist in big ways. Contact us at 201.722.1233.