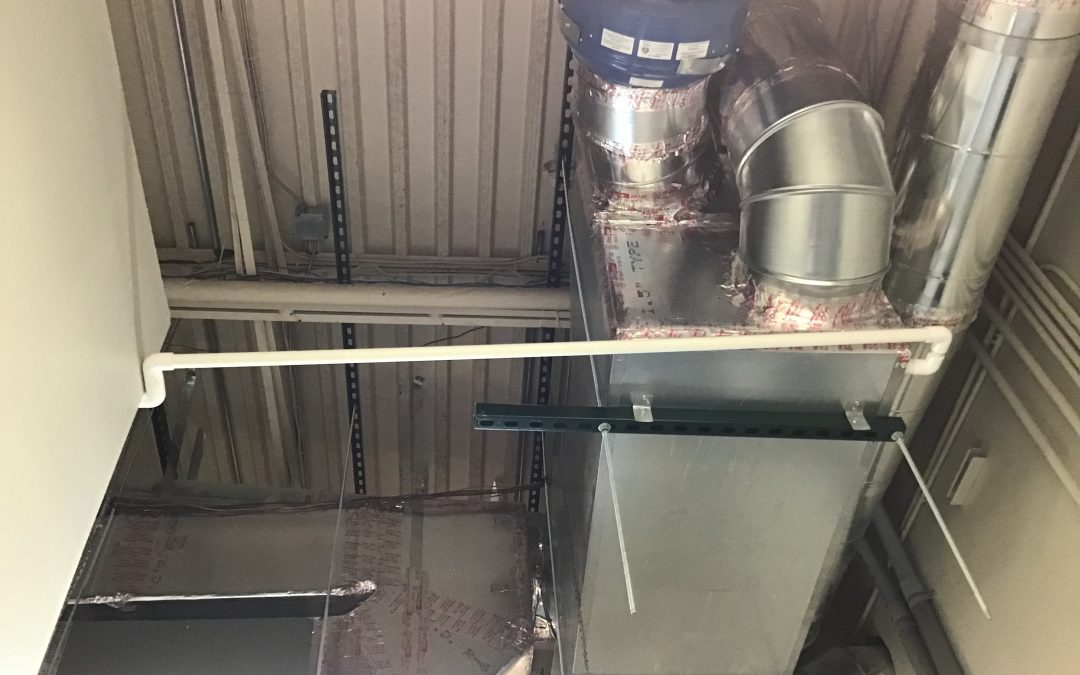 Challenge: When Tom and Nancy Palmer decided to take on the challenge of opening a healthier, cleaner hot yoga environment, they didn’t know a pandemic was around the corner. In the best of times, Hot Yoga practice is held in studios heated at 105°F (40.5C) with at least 40% relative humidity to increase yoga’s effects on muscles and various systems of the body. In addition to the resulting sweat produced under such conditions, people expel higher levels of carbon dioxide (CO2) thanks to elevated heart rates. As more CO2 is expelled, less oxygen becomes available, making it harder to breathe. Unless superior ventilation and humidity control is involved, the potential for feeling unwell can become the reason many yoga clients abandon the practice. Add a pandemic and such an indoor environment could prove disastrous for working out.

Solution: The problem was solved with a BPE-XE-MIR 200 and two fans using less power than a 40-watt light bulb. This high-performance energy recovery component converted the structure into a net-zero energy building despite the salt-laden air of a marine environment. The efficient unit will supply outdoor air without requiring additional heating and cooling. A limited life-time warranty against corrosion is another plus in coping with the ventilation challenges of this Block Island structure off the coast of Rhode Island.

As with other indoor environments, no method for eliminating airborne viruses is 100% effective. Still, Our Yoga Studio reached for the stars to come close by employing commercial-grade ultraviolet devices, antibacterial surfaces, and searching for superior HVAC. For the 4,200-sq.ft. space, Tom realized he needed a high-performance Energy Recovery Ventilator or ERV that could double ASHRAE Standard 62’s recommendation of 20 cfm per person. Such superior ventilation would keep CO2 levels as low as possible by ushering out stale air and using the heat energy of that air to warm incoming fresh air. During his search, he found Professional Engineer Klas Haglid, CEO of BPE, who recommended two BPE-XE-MIR-2000 units—one for each studio—with upgraded fans, CO2 monitors, and controls to adjust the ERVs for even greater efficiency. The units provide enough air exchange per person to counteract the room’s elevated CO2, keeping levels below ASHRAE’s recommended 1,000 ppm. They also control humidity via BPE’s patented Regenerative Condensate ReturnTM which provides up to 34% latent effectiveness. Most noticeable, the studios smell fresh and they never lose heat with the ERVs turned on. In fact, it amazes Tom how many clients leave their workout saying, “I’ve never come out of a class feeling so good before!”

To prevent the locker / shower room stink and humidity that folks wrinkle their noses over at other fitness facilities, a smaller ERV, the BPE-XE-MIR-200-i, was installed. The outcome? Our Yoga Place is truly a breath of fresh air. 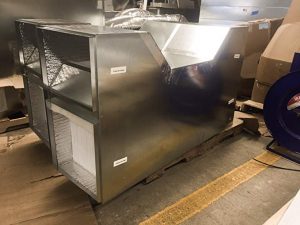 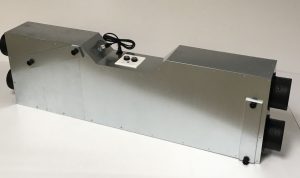 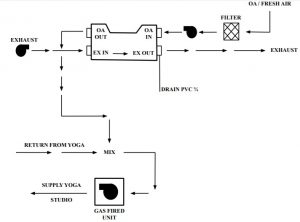 How does this HVAC solution work so well? The patented design of a BPE unit is longer than your average ERV, boasts an air-to-air, direct counter-flow heat exchanger with little to no mix in air streams, and can result in 80% to 98% thermal efficiency. Energy Efficiency Ratings (EER) are unsurpassed at between 36 and 160 EER. In fact, you can run a BPE ERV with less power than an incandescent light bulb.

The energy recovery factor was important to the Palmers, too. After all, Florida is the fourth-largest energy-consuming state and uses almost eight times as much energy as it produces according to the U.S. Energy Information Association. Thanks to Tom’s research, Our Yoga Place is not part of the problem! The Palmers’ forethought has allowed them to stay open during a pandemic as well!